What is Temperature? (With Definition & Units) 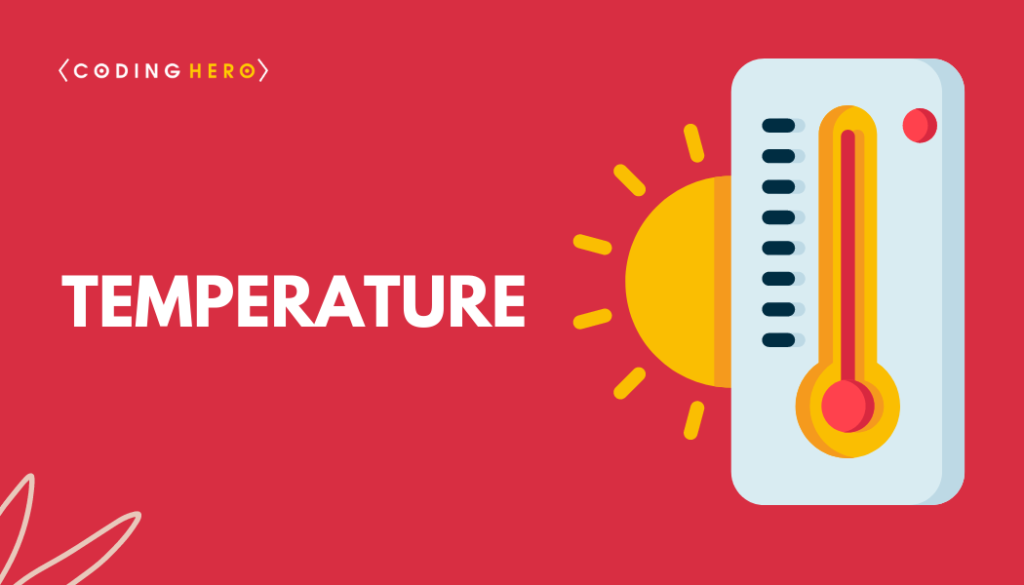 The temperature has a significant role in almost every area of our everyday lives as well as in all scientific disciplines, from physics to geology. You hear about the temperature in daily weather reports. Let’s learn what is temperature, what the is the unit of temperature and how it is measured.

The scientific temperature definition involves energy, and this is what makes temperature different from measuring heat. Temperature is actually a measure of the kinetic energy of particles in an object. Particles are always moving, the faster/higher the energy, the higher the temperature.

Temperature is measured using a device called a thermometer. There are various types of thermometers in use. The most commonly used thermometer is the glass thermometer. It uses a long thin tube that is filled with some material that moves through the tube with a change in temperature.

There are several materials whose properties change with the temperature in a repeatable and predictable manner and this forms a way for accurate temperature measurement. Two such liquids are mercury, or sometimes alcohol. The reason why these liquids are used is that mercury and alcohol will remain liquids over a wider range of temperatures than other liquids(other liquids vapourize to gaseous form even at lower temperatures).

Similarly, there are a few other instruments that are used for the measurement of temperature:

Between Celsius and Kelvin

The relations between Celsius and Kelvin scales are given by

Between Fahrenheit and Kelvin

The relations between Fahrenheit and Kelvin scales are given by

Between Celsius and Fahrenheit

The relations between Celsius and Fahrenheit scales are given by

Note: The Fahrenheit and Celsius scales have one point at which they intersect. They are equal at $-40{\circ}C$ and $-40{\circ}F$.

Temperature and the Human Body

When our temperature rises, this can be an indication that we’re unwell – this is called a fever. This is because our bodies are working harder to fight off an infection. These soldiers of our body are white blood cells(WBC).

What Happens to Our Bodies in Warmer or Colder Weather?

As temperature rises, our heart rate increases, and blood flow increases, and it’s pumped to the skin’s surface and we begin the sweat. This is our body’s way of cooling us down, and as the sweat evaporates, it takes the heat with it. If our body temperature rises too high, our muscles begin working slower and heat exhaustion can occur. Above $41^{\circ}C$, our bodies can begin to shut down as chemical processes that occur in the body are affected.

Our bodies will begin to shiver in colder weather. This is our muscles acting to warm us up by generating heat. If our body temperatures drop too low, our heart rate slows and our regular body functions can’t work normally. This condition of the body is called hypothermia.

Temperature is the measure of the hotness or coldness of an object or material. It is actually a measure of the kinetic energy of particles in an object and has three widely used scales, viz., Celsius, Fahrenheit, and Kelvin.

What does temperature measure?

Temperature measures the degree of hotness or coldness.

Which temperature scale has no negative values?

Kelvin scale has no negative values and the lowest value that it shows is $0$.

Which temperature scale is the most commonly used?

The most commonly used scale is the Celsius scale. But in some countries like the United States, Fahrenheit is more popular.

Which temperature scale is the most commonly used in the scientific field?

The most commonly used temperature scale in the scientific field is Kelvin.

At which temperature, are the Celsius and Fahrenheit readings are same?