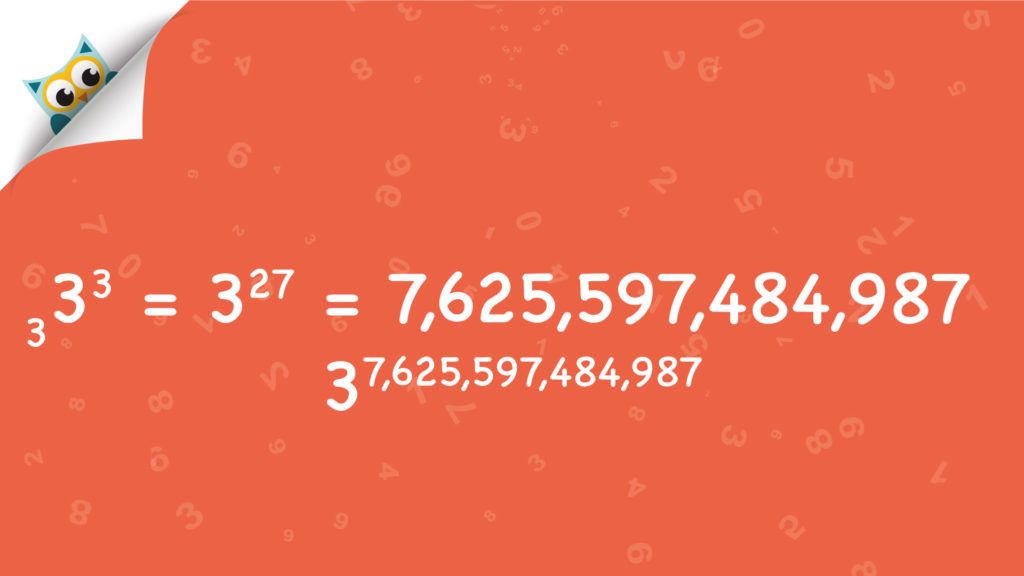 If you’ve ever asked what the largest number is during a maths lesson it is quite likely that someone will come up with an answer: “That’s easy! It’s the infinity of course!”

The only problem with infinity is that it isn’t a number as such, as demonstrated by the following fact.

Infinity + 1 = infinity and even infinityinfinity = infinity.

Moreover, infinity is not a fixed number.  it’s a concept. And it is the biggest number you’re trying to think of.  In fact, you can always add “1” to any large number. Then what is the largest number known to humans?

In Ancient Greece, mathematician Archimedes theorized that the biggest number we would ever need would be the total grains of sand in the Universe.

Let’s look at some of the largest numbers known to humans.

It is a large number, unimaginably large. It is easy to write in the exponential format: 10100, an extremely compact method, to easily represent the largest numbers (and also the smallest numbers).

In any case, we cannot even begin to appreciate the extent. Even with just one googol, we are faced with a number that is larger than anything used to describe the Universe which we understand. Our Galaxy, for example, is formed of about a hundred billion stars. In exponential form, some 1011 stars. The Sun’s mass is 2×1033 grams.

Using this measurement as an average star mass, we can determine that the mass (visible) of our Galaxy is approximately 1045 grams. Within the Universe, there are some hundred billion galaxies, a number comparable to the number of stars in our Galaxy.

Together, we have therefore gathered some 1056-1057 grams of matter. This matter is essentially formed of baryons (protons and neutrons) connected to the nucleus of atoms, which, ranging from hydrogen to uranium (amongst others), form part of our Universe.

When calculating mass, the electrons, which weigh approximately one two-thousandths of the nucleons, may easily be disregarded. Bearing in mind that the mass of a proton (and neutron) is 1.7 x 10-24 g, we can work out that the number of baryons present in the Universe is approximately 1080.

The smallest length, in terms of physics, that we know of, is the Planck length. It equals 1.6 x 10-33 centimeters. In a cubic centimeter, there are 2.5 x 1098 cubes, the side of which measures a Planck length. Not even a tenth of a googol.

If we put aside physical size and remain in the sphere of mathematical abstraction, we know of some Mersenne prime numbers which exceed the googol, beginning with 2521 – 1 (which includes 157 figures) and ending with 243.112,609 – 1 which includes 13 million figures and which is believed to be the largest amongst the Mersenne prime numbers known (however we will undoubtedly discover more in the future).

We have managed to exceed a googol, but we are still dealing with small numbers when compared to a googolplex.

Not only would the paper or ink not be enough, but there is not enough space or time to be able to write a googolplex in its full format. Even if you wrote every figure using miniature characters, so small they could fit in a Planck cube, there would not be enough space in the entire Universe, which, as we have seen, contains, at maximum, enough space to write the first 10184 figures.

However, we need many more figures! In turn, a googolplex, although equal to 1098 greater than a googol, can be considered a smaller number, to quote an example when compared to that which is considered the largest number ever used in a mathematical context, known as G, Graham’s number.

Skewes’ number is a famous large number, commonly given as 1010^10^34, that was first derived in 1933 by the South African mathematician Stanley Skewes in a proof involving prime numbers. G. H. Hardy once described Skewes’ number as “the largest number which has ever served any definite purpose in mathematics,” though it has long since lost that distinction.

Skewes’ numbers – there are actually two of them – came about from a study of the frequency with which prime numbers occur. Gauss’s well-known estimate of the number of prime numbers less than or equal to n, pi(n), is the integral from u=0 to u=n of 1/(log u); this integral is called Li(n).

In 1914 the English mathematician John Littlewood proved that pi(x) – Li(x) assumes both positive and negative values infinitely often. For all values of n up to 1022, which is as far as computations have gone so far, Li(n) has turned out to be an overestimate. But Littlewood’s result showed that above some value of n it becomes an underestimate, then at an even higher value of n it becomes an overestimate again, and so on. This is where Skewes’ number comes in.

In 1987, the Dutch mathematician Herman te Riele reduced dramatically the upper bound of the first crossing to ee^27/4, or approximately 8.185 × 10370, while Bays and Hudson lowered the upper bound is 10316. In any event, the original “Skewes’ Number” is now only of historical interest. Skewes also defined the limit if the Riemann hypothesis is false: 1010^10^1000. This is known as the second Skewes’ Number.

Graham’s number is a mind-bending huge number. This number is bigger than the age of the Universe, whether measured in years (approximately 14 billion years) or seconds (4.3

Graham’s number is bigger than the number of atoms in the observable Universe, which is thought to be between 1078 and 1082.

And it’s bigger than the famous Googol, 10100 (1 followed by 100 zeros), which was defined in 1929 by American mathematician Edward Kasner and named by his nine-year-old nephew, Milton Sirotta. Even the company Google was named after this number, though they got the spelling wrong!

Graham’s number is much larger than many other larger numbers such as Skewes’ number and Moser’s Number, both of which are in turn much larger than a googolplex. As with these, it is so large that the observable Universe is far too contain an ordinary digital representation of Graham’s Number, assuming that each digit occupies one Planck’s Volume (10^(-35) cm), possible the smallest measurable space. But even the number of digits in this digital representation of Graham’s Number would itself be a number so large that its digital representation can not be represented in the observable number. Nor even can the number of digits of that number- and so forth.

Look at the following figures compared to Graham’s Number:

10⁸: Number of Books ever published in Human History.

10¹⁰: Years since the big bang and the number of seconds since Jesus Christ Lived.

10¹⁷: The number of seconds since the Big Bang.

10⁸⁰: Common Estimate for the number of atoms in the Universe.

10¹⁰⁰: The Number of grain sands that could fit into the Universe.

10¹²²: Number of Protons you could fit into the Universe.

Conclusion: The world of numbers is, as you might expect, infinite. Nature is pretty big, but the numbers she requires us to use are far smaller than those that human mathematicians have dreamed up. In that sense, the human mind is bigger than the universe.