Birds And Their Wing Shapes 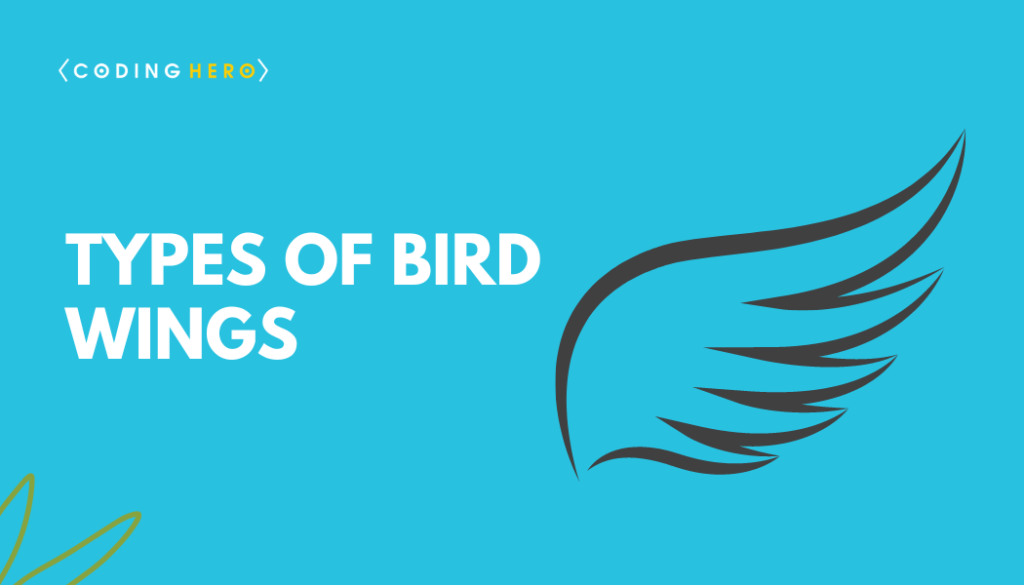 Flight has always fascinated humans. We’ve admired from afar how these feathered creatures can take off seemingly effortlessly. While birds may seem similar, evolution has equipped them in unique ways for the survival of the fittest. A closer look at these animals reveals several wing adaptations that are a reflection of a species’ biology, feeding behavior, and habitat.

Following are the broad types of wings present in birds.

The first type of wings is the Elliptical wings. Elliptical wings are found on bats and the smallest forest and scrub-dwelling birds, such as robins and sparrows. These wings allow a high degree of control and maneuverability in confined spaces and minimize drag to allow rapid ascent and descent. Wing beat is usually rapid. Elliptical wings are highly slotted between the primary feathers which helps to prevent stalling during sharp turns, low-speed flight, and frequent landing and takeoff.

You’ll find birds with elliptical wings in wooded areas and scrublands, where maneuverability is an adaptive trait. After all, these animals need to be able to move fast with excellent agility through trees and other obstacles. Their flight and flapping are rapid too. Examples of these birds include pheasants, crows, and cardinals.

The second type of wings is the hovering wing. These are small and quick. For hovering wings, in addition to the wing shape, the bird’s nerves and muscles are specially adapted for incredibly fast movement. The Ruby-throated Hummingbird might appear to float in space while sipping nectar and hovering from flower to flower thanks to its quick and mighty wings.

Hovering is a behavior associated with feeding or hunting. Interestingly, the birds that have these types of wings run the gamut from predator to prey. They typically beat their wings fast, giving them time in flight to stay in one place. Examples include the American Kestrel, the Marsh Hawk, and perhaps the most well-known of this group, the Ruby-Throated Hummingbird.

The third type of wings is the high-speed wing. High-speed wings are long and thin, but not nearly as long as birds with active soaring wings. Birds with high-speed wings are among the fastest species on the planet. These birds can maintain their speed for a while. The shape of these appendages is usually thin and long, often with a pointed tip.

It is aerodynamically sound for long stretches in the air, often for feeding. You’ll see them in swallows, which snatch up insects on the wing.

Examples of birds that have this wing type are swifts, ducks, falcons, terns, and sandpipers.

Active soaring wings are long and narrow, allowing birds to soar, or fly without flapping their wings, for a long time. However, these birds are much more dependent on wind currents than passive soaring birds.

Birds with active soaring wings don’t have great maneuverability. However, these wings are excellent for staying in flight without using much energy because of their aerodynamic shape. The wind supplies the lift that they depend on — after a running start. You’ll find species with this type often near water.

Examples of birds with this wing type are albatrosses, gulls, petrels and gannets. The Laysan Albatross has very long and narrow wings that are well-adapted for the strong, constant winds over parts of the ocean. Its up-and-down flight style allows it to use small differences in wind speed to go long distances without using a lot of energy.

If you’ve ever seen a Red-Tailed Hawk or Bald Eagle flying high on the thermals, you’ve witnessed a bird with passive-soaring wings in action. Passive soaring wings have long primary feathers that spread out, creating “slots” that allow the bird to catch vertical columns of hot air called “thermals” and rise higher in the air.

You can often identify species on the wing by how they’re flying and at what height. For example, pelicans often soar relatively high overhead, moving slowly in small groups. You can pick out a vulture from a hawk by its characteristic V-shaped flying pattern.

Examples of birds with this wing type include eagles, most hawks, and storks. The Bald Eagle is a classic example of a bird with passive soaring wings.

The last type of wings is the flightless wing. Flightless wings aren’t an official type, but they’re still worth mentioning because they are such a stark contrast from the others. Many of these species are large, such as the Cassowary or Kiwi. What they don’t have with flight, they can make up for with running speed. For example, an Ostrich could easily outpace a human at 45 mph.

A wing is generally divided into seven parts.

Primary feathers are the “fingertip” feathers, the longest on a bird’s wing and the farthest away from the bird’s body when the wings are extended. These feathers are attached to the bones of the bird’s wing, connected through the skin of the wing. In flight, they are responsible for thrusting to propel the bird forward, and each feather can be rotated individually to control flight directions and to adjust lift and air resistance as needed.

These run along the ‘arm’ of the wing and sustain the bird in the air, giving it lift. The number of secondary feathers varies with different species. Experiments have shown that, if half of the secondaries are removed, a bird will still be able to fly, but some control will be lost.

Feathers near the wing’s leading edge that overlap the Median Underwing Coverts’ bases.

The alula is a small structure located at the joint between the hand-wing and arm-wing of birds and is known to be used in slow flight with high angles of attack such as landing. It is assumed to function similarly to a leading-edge slat that increases lift and delays stall. However, in spite of its universal presence in flying birds and the wide acceptance of stall delay as its main function, how the alula delays the stall and aids the flight of birds remains unclear.

The scapula is the Latin word for the shoulder.  In humans, it refers to our shoulder blade. On birds, the scapulars are body feathers that cover the top of the wing when the bird is at rest.  They look like shoulders, as shown circled in pink on this American goldfinch.

What are bird wings called?

Bird wings also refer to wing feathers (Primaries, Secondaries, and tertials). Primaries: Long flight feathers growing from the hand of a wing. Primaries form the bottom of a folded wing. Most birds have ten primaries, but some sub-oscine passerines have nine.

Why do birds have different types of wings?

The shape of the wing is important in determining the flight capabilities of a bird. Different shapes correspond to different trade-offs between advantages such as speed, low energy use, and maneuverability.

The shape of a bird’s wings is what makes it possible for the bird to fly. Birds’ wings are curved on top and flatter on the bottom. That shape makes airflow over the top faster than under the bottom. As a result, less air pressure is on top of the wing.

Bird wings are paired forelimbs in birds. The wings give the birds the ability to fly, creating lift. The shape of the wing is important in determining the flight capabilities of a bird. Different shapes correspond to different trade-offs between advantages such as speed, low energy use, and maneuverability.

Table of Contents Best Sci Fi Movies for Kids1. Aliens in the END_OF_DOCUMENT_TOKEN_TO_BE_REPLACED