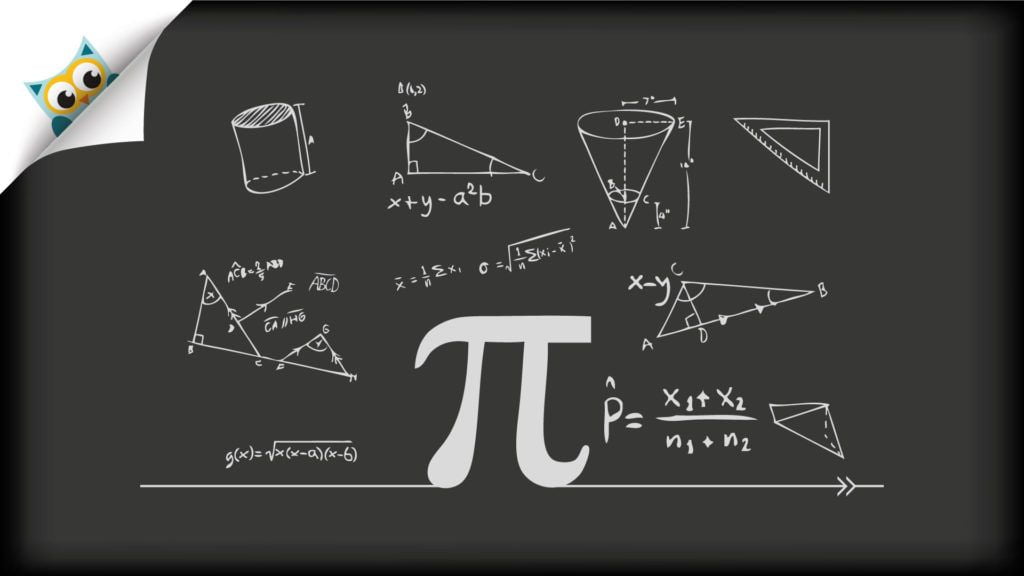 Pi is the most studied number in mathematics, and for good reason. The number pi is integral to our understanding of geometry. Pi has uses in physics, astronomy, and mathematics. Pi is used in architecture and construction as well and has been a vital part of everything from arches and bridges to the Pyramids of Giza.

We bring you 25 interesting facts about Pi.

2. Since the exact value of pi can never be calculated, we can never find the accurate area or circumference of a circle.

3. March 14 or 3/14 is celebrated as pi day because 3.14 are the first digits of pi. Math nerds around the world love celebrating this infinitely long, never-ending number.

4. The record for reciting the most number of decimal places of Pi was achieved by Rajveer Meena at VIT University, Vellore, India on 21 March 2015. He was able to recite 70,000 decimal places. To maintain the sanctity of the record, Rajveer wore a blindfold throughout his recall, which took an astonishing 10 hours!

5. Pi is a part of Egyptian mythology. People in Egypt believed that the pyramids of Giza were built on the principles of pi. The vertical height of the pyramids has the same relationship with the perimeter of their base as the relationship between a circle’s radius and its circumference. The pyramids are phenomenal structures and are one of the seven wonders of the world.

6. Physicist Larry Shaw started celebrating 14 March as Pi day at San Francisco’s Exploratorium science museum. There he is known as the Prince of Pi.

7. There is an entire language made from the number Pi. But how is that possible? Well, some people loved pi enough to invent a dialect based on it. In “Pi-lish” the number of letters in each word match the corresponding digit of pi. This first word has three letters, the second has one letter, the third has four letters, and so on. This language is more popular than you might think. Software engineer Michael Keith wrote an entire book, called Not a Wake in this language.

8. Pi wasn’t always known as pi. Before the 1700s, people referred to the number we know as pi as “the quantity which when the diameter is multiplied by it, yields the circumference”. Not surprisingly, people got tired of saying so much whenever they wanted to talk about Pi. The Welsh mathematician William Jones, a friend of Sir Isaac Newton, began using the symbol for pi in 1706.

9. We will never be able to find all the digits of pi because of its very definition as an irrational number. Babylonian civilization used the fraction 3 ⅛, the Chinese used the integer 3. By 1665, Isaac Newton calculated pi to 16 decimal places. Computers hadn’t been invented yet, so this was a pretty big deal. In the early 1700s, Thomas Lagney calculated 127 decimal places of pi, reaching a new record. In the second half of the twentieth century, the number of digits of pi increased from about 2000 to 500,000 on the CDC 6600, one of the first computers ever made. This record was broken again in 2017 when a Swiss scientist computed more than 22 trillion digits of pi. The calculation took over a hundred days.

10. The usefulness of pi has been a matter of debate, although it is loved by a lot of math enthusiasts. Some believe that tau (which amounts to 2π) is better suited to circle calculations. For instance, you can multiply tau with the radius of a to calculate its circumference more intuitively. Tau/4 also represents the angle of a quarter of a circle.

11. In the Exploratorium science museum, a circular parade happens every year on pi day. Each person participating holds one digit in the number pi. It wasn’t celebrated around the United States like it is now until Congress passed Resolution 224, which designated March 14th as pi day. Congress hoped that celebrating pi day would cultivate a higher level of enthusiasm for math and science among American students.

12. The calculation of pi is a stress test for a computer. It works just like a digital cardiogram since it indicates the level of activity within the computer’s processor.

13. Givenchy sells a men’s cologne with the name ‘Pi’. The company markets this product as capable of enhancing the attractiveness of intelligent and visionary men.

14. The number pi is not just an important part of conversations among mathematicians or students. In the famous O.J. Simpson trial, the defense attorney and FBI agent’s argument revolved around the value of pi. The FBI agent’s findings in the case weren’t accurate because he used pi inaccurately.

15. The number pi was so alluring, even in the 16th century, that Dutch-German mathematician Ludolph van Ceulen spent most of his life calculating the first 36 digits of pi. It is said that the first 36 numbers were engraved on his tombstone, which is now lost.

16. William Shanks, a British mathematician, worked manually to find the digits of pi in 1873. He spent many years trying to calculate the pi digits by hand and found the first 707 digits. Unfortunately, the 527th digit he found was wrong, which made all the following digits wrong as well.

17. In the year 1888, an Indiana country doctor claimed that he had learned the exact measure of a circle through supernatural means. He believed in his “supernatural” knowledge so much that he filed a proposal to pass a bill in the Indiana legislature so that he could copyright his genius findings. However, there was a math professor in the legislature who showed the fellow how his proposed bill would result in a wrong value of pi.

22. The number pi is very effective when you used in calculations For instance, rounding the number pi to just 9 digits after the decimal and use it to calculate the earth’s circumference yield incredibly accurate results. For every 25,000 miles, the number pi will only err to 1/4th of an inch.

23. Even today, people are racing to calculate more digits of pi in a never-ending competition. In the year 2010, a Japanese engineer and an American computer wizard broke the record for the most number of pi digits by calculating up to 5 trillion digits of pi. The amazing part is that they didn’t use any supercomputers. They just used desktop computers, 20 external hard disks, and their brilliant minds.

24. The Greek letter π is the first letter of the word periphery and perimeter. And as we all know, pi is the ratio of a circle’s “periphery” to its diameter.

25. Interestingly, some of the most famous scientists in the world have a connection to the pi day. Albert Einstein was born on March 14th,  1879. Stephen Hawking died on March 15th, 2018 at the age of 76.

Before concluding let’s see how to remember the value of PI. For most of the calculations, the first few digits are enough to get a nearly exact result.

But how to remember the value of PI for the first few digits after the decimal?

Just remember the sentence: “How I wish I could calculate pi”?