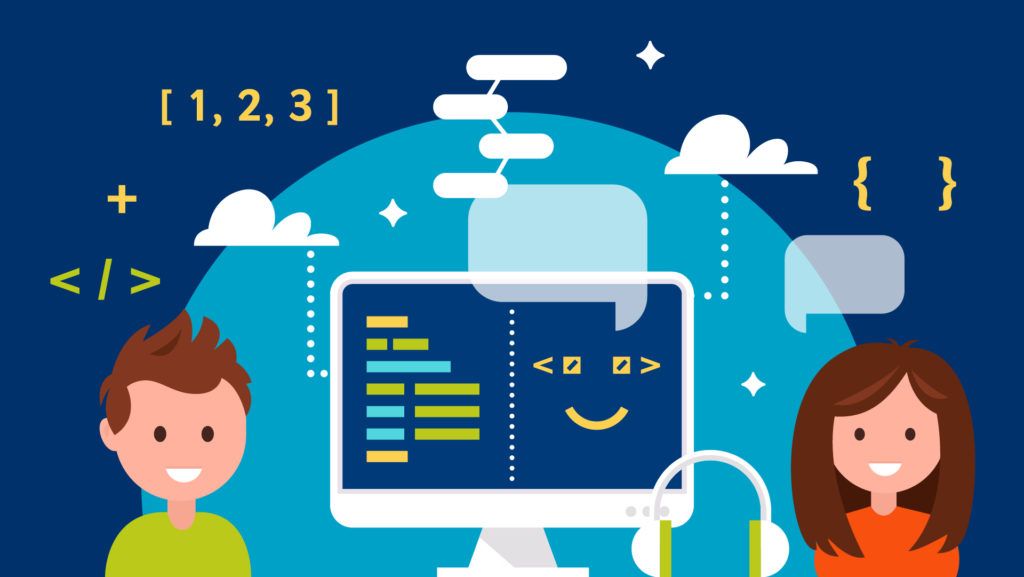 Though Java beats Python from the speed and concurrency point of view, there are also some areas like the size of code, simplicity, etc. in which Python takes the upper hand.

Python is an interpreted, object-oriented, high-level programming language with dynamic semantics. Its high-level built-in data structures, combined with dynamic typing and dynamic binding, make it very attractive for Rapid Application Development, as well as for use as a scripting or glue language to connect existing components together.

Python’s simple, easy-to-learn syntax emphasizes readability and therefore reduces the cost of program maintenance. Python supports modules and packages, which encourages program modularity and code reuse. The Python interpreter and the extensive standard library are available in source or binary form without charge for all major platforms and can be freely distributed.

Often, programmers fall in love with Python because of the increased productivity it provides. Since there is no compilation step, the edit-test-debug cycle is incredibly fast. Debugging Python programs is easy: a bug or bad input will never cause a segmentation fault. Instead, when the interpreter discovers an error, it raises an exception.

When the program doesn’t catch the exception, the interpreter prints a stack trace. A source-level debugger allows inspection of local and global variables, evaluation of arbitrary expressions, setting breakpoints, stepping through the code a line at a time, and so on. The debugger is written in Python itself, testifying to Python’s introspective power. On the other hand, often the quickest way to debug a program is to add a few print statements to the source: the fast edit-test-debug cycle makes this simple approach very effective.

When to Use Python?

Generally, Python is the Lego of the programming languages; find a box with instructions on how to use it and get to work. There is little that needs to be started from scratch.

Because of its readability, Python is great for:

Java Platform is a collection of programs that help programmers to develop and run Java programming applications efficiently. It includes an execution engine, a compiler, and a set of libraries. It is a set of computer software and specifications. James Gosling developed the Java platform at Sun Microsystems, and the Oracle Corporation later acquired it.

Some of the important applications of Java include:

When to Use Java?

Java is designed to run anywhere. It uses its Java Virtual Machine (JVM) to interpret compiled code. The JVM acts as its own interpreter and error detector.

With its ties to Sun Microsystems, Java was the most widely used server-side language. Though no longer the case, Java reigned for a long while and garnered a large community, so it continues to have a lot of support.

Programming in Java can be easy because Java has many libraries built on top of it, making it easy to find code already written for a specific purpose.

Python vs Java in Code

Let’s see how Python and Java are different when we use them.

Because Python is an interpreted language, its syntax is more concise than Java, making getting started easier and testing programs on the fly quick and easy. You can enter lines right in the terminal, where Java needs to compile the whole program in order to run.

Type python and then 3+2 and the computer responds with 5.

Consider doing this with Java. Java has no command-line interpreter (CLI), so, to Sum5 as we did above, we have to write a complete program and then compile it. Here is Sum5.java:

To compile it, type javac Sum5.java and run it with java Sum5.

With Java, we had to make a complete program to print 5. That includes a class and the main function, which tells Java where to start.

We can also have a main function with Python, which you usually do when you want to pass it arguments. It looks like this:

Python code runs top to bottom—unless you tell it where to start. But you can also take classes, like possible with Java, like this:

The class, Number, has two member variables left and right. The default constructor is __init__. We instantiate the object by calling the constructor number = Number(3, 2). We can then refer to the variables in the class as number.left and number.right. Referring to variables directly like this is frowned upon in Java. Instead, getter and setter functions are used as shown below.

Here is how you would do that same thing In Java. As you can see it is wordy, which is the main complaint people have with Java. Below we explain some of this code.

Python is gentle in its treatment of variables. For example, it can print dictionary objects automatically. With Java, it is necessary to use a function that specifically prints a dictionary. Python also casts variables of one type to another to make it easy to print strings and integers. On the other hand, Java has strict type checking. This helps avoid runtime errors. Below we declare an array of Strings called args.

You usually put each Java class in its own file. But here we put two classes in one file to make compiling and running the code simpler. We have:

That class has two member variables left and right. In Python, we did not need to declare them first. We just did that on the fly using the self object. In most cases Java variables should be private, meaning you cannot refer to them directly outside of the class. Instead, you use getter functions to retrieve their value. Like this.

So, in the main function, we instantiate that class and retrieve its values:

Where Python is gentle in its treatment of variables, Java is not. For example, we cannot concatenate and print numbers and letters like “3+2=” + 3 + 2. So, we have to use the function above to convert each integer to a string Integer.toString(), and then print the concatenation of two strings.

Key Differences Between Python and Java

Tabulated below are the key differences between Python and Java:

Drawbacks of Python and Java

Having differentiated Python and Java on various points, let’s discuss some of the drawbacks of both languages.

Both Java and Python languages have their own benefits. It really is up to you to opt for a particular language for your project. Where Python is simple and succinct, Java is quick and more portable. While Python codes are dynamically coded, Java is statically coded. Python’s future is very glaring from where we see and presume that its future is assertive. Python is far from perfect but if we say that python is a future and emerging language then we have to agree that Java is present, its APIs are widely used.

This post is also available in: हिन्दी (Hindi) العربية (Arabic) What do END_OF_DOCUMENT_TOKEN_TO_BE_REPLACED

This post is also available in: हिन्दी (Hindi) العربية (Arabic) What do END_OF_DOCUMENT_TOKEN_TO_BE_REPLACED