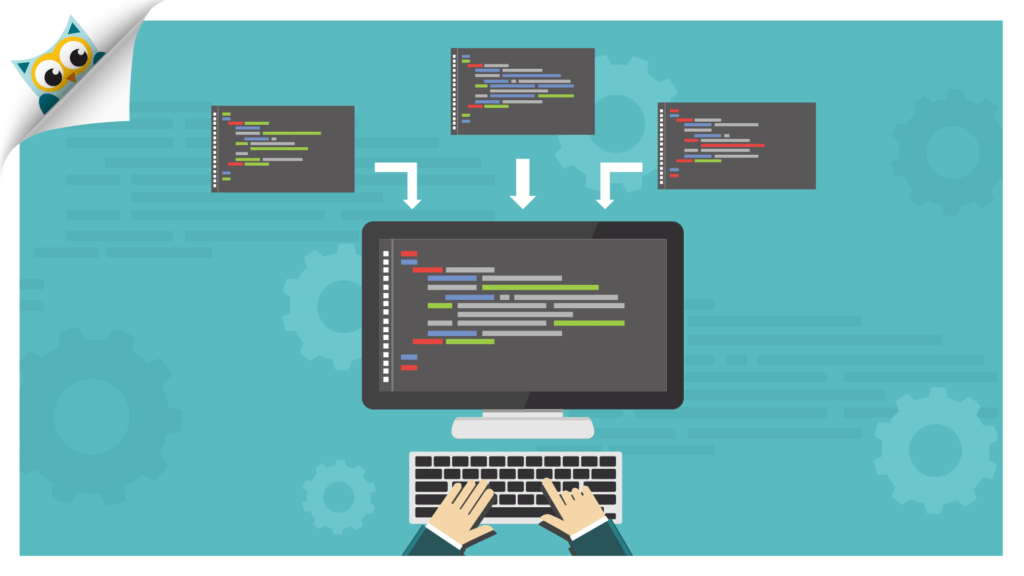 What is Modular Programming?

Modular programming is the process of subdividing a computer program into separate sub-programs. These sub-programs are generally referred to as functions, modules, procedures, subroutines, etc. A module is a separate software component. It can often be used in a variety of applications and functions with other components of the system.

Each and every modular application has a version number associated with it. This provides developers flexibility in module maintenance. If any changes have to be applied to a module, only the affected subroutines have to be changed. This makes the program easier to read and understand.

Languages that support the module concept are IBM Assembler, COBOL, RPG, FORTRAN, Morpho, Zonnon, and Erlang, among others.

Why Does Modularity Exist?

Modularity exists entirely because of the human side of development. A computer doesn’t need a broken-down and embellished version of the code to be able to run it. It’s our own cognitive limitations that force us to write code in smaller pieces.

A particular area where this becomes obvious is in dealing with temporary contexts. For example, say you’re writing to a file, but a condition arises where you need to write to another file. You need to temporarily forget about the first file and all of its related data to deal with the second one instead.

This kind of situation was confusing and overwhelming, so functions were invented. A typical way to handle this now is by making a function that writes arbitrary data to any file to isolate the temporary context inside it.

Following are the points that should be kept in mind while writing a modular program:

Some of the important advantages of using the modular programming approach are the following:

Although having advantages of modular programming, there are some disadvantages also such as:

Following are the important tips that can be used to get the best of modular programming approach:

You can handle every temporary context by inserting logic in the variables. A developer should take advantage of the fact that logical expressions reduce to the Boolean value. Almost every programming language allows you to do this. Such small ideas of modularization are important since they help you understand the code has a continuous flow, like a story. It will not appear like a pattern of formulas that are not connected. For every change you make to your code, try to understand if the change helps in improving the logic. You should not make changes to code only to make it less coherent.

2. Use nested functions to summarize any code blocks

When you are writing code you might realize some repetition, and that repetition prompts you to create another independent function. Most languages allow developers to develop a new function using the same namespace, and this is where the significance of nested functions comes into play. A developer can place one function in another, so the original method can help to access the internal function. If you use IDEs with code folding, this technique becomes interesting. The IDEs allow you, the user, to fold the internal and the external functions together. This is faster than folding each function at a time.

Some programming languages such as C++, JavaScript (ES6), and C allow the user to define the variables that can be accessed in a block. That insinuates that no one can accidentally access a variable later, or in any other iteration of the same loop. This comes in handy when a user wants to encapsulate the access of data to the little part of the code. Any slight change to the code causes ripples throughout the program. If a user modifies too much code in a program, such modification will have a heavy influence on the codebase.

If a user has a large codebase, a slight change will have a large impact. The block-scoped variables allow developers to avoid the bugs that come as a result of accidental modifications on data. The block-scoped variables localize whatever impact the changes may have. Though block scopes allow a developer to reuse variable names, this is not their primary function. The real advantage is when they block any access to the internal data. They help you develop a safety net that helps you to ignore all internal variables in case the bug affects the external variables.

4. Plan before you code

When did you last sit and plan how you would approach a certain project? What frameworks do you intend to use? How many browsers will your program support? You can easily get into a project and start working on it, only to realize when you are almost finished that you need to rewrite a portion of the code. Plan the libraries you need to use so you may avoid undue delays and bugs.

5. Make use of version control

Version control records any changes made to a file, or group of files, for some time. It allows many users to host assets, track changes, and edit the code. Some of the services that enable version control are GitHub, Assembla, and Bitbucket. If you need to develop the best modular code, use GitHub since it endorses social coding, which means users can see each other’s code on GitHub as they learn how to improve their work.

There are numerous resources online which are aimed at giving developers challenges on the languages they use daily. Most of the sites have a large community that is ready to help. You should not worry about getting stuck and being unable to work.