What Is The Difference Between Equation and Identity? 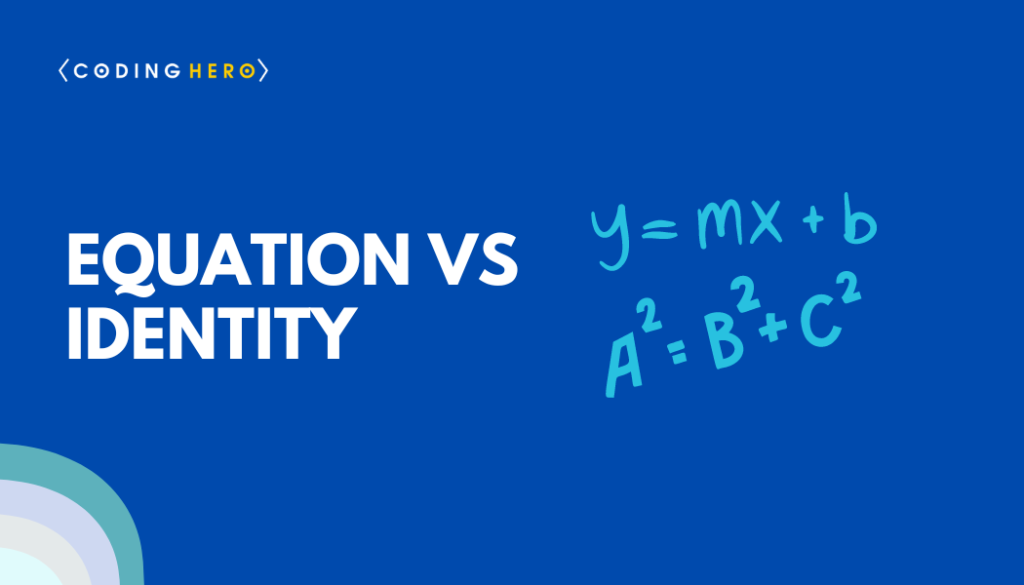 First of all, let’s outline what we mean when talking about equations and identities. Let’s start with an expression in math.

What is an Expression?

An expression is a collection of mathematical terms, related by mathematical operations (plus, minus, multiplication, or division).

What is an Equation?

What is the Solution of an Equation?

The solution of an equation is the set of all values that, when substituted for the variables in the equation, make the equation true (LHS = RHS).

What is an Identity?

Difference Between Equation and Identity

Is every equation an identity?

What makes an equation an identity?

If solving an equation leads to a true statement such as 0 = 0, the equation is an identity.