5 Basic Types of OS For Effective Functioning of Computers 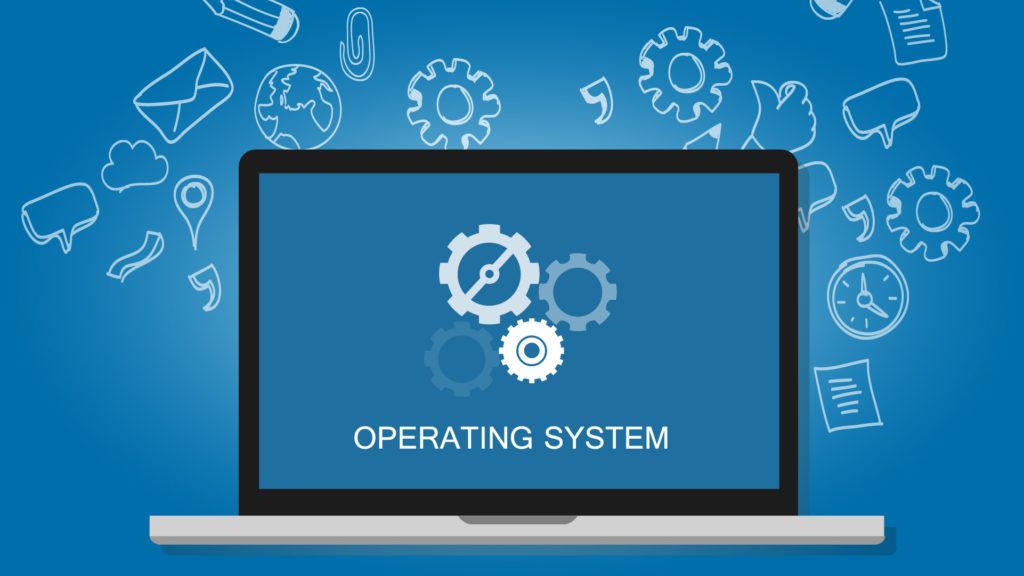 An Operating System (OS) is software that acts as an interface between computer hardware components and the user. Every computer system must have at least one operating system to run other programs. Applications like MS Office, Games, Browsers, etc., need some environment to run and perform their tasks.

The OS helps you to communicate with the computer without knowing how to speak the computer’s language. It is not possible for the user to use any computer or mobile device without having an operating system.

These are the 5 types of Operating Systems.

This type of operating system does not interact with the computer directly. There is an operator which takes similar jobs having the same requirement and group them into batches. It is the responsibility of the operator to sort jobs with similar needs.

The problems that occur with Batch Operating Systems are as follows −

Following are the advantages and disadvantages of the Batch Operating System:

Some of the examples of applications using the batch operating systems are Payroll System, Bank Statement Generation, etc.

Time-sharing is a technique that enables many people, located at various terminals, to use a particular computer system at the same time. Time-sharing or multitasking is a logical extension of multiprogramming. Processor’s time which is shared among multiple users simultaneously is termed time-sharing.

Multiple jobs are executed by the CPU by switching between them, but the switches occur so frequently. Thus, the user can receive an immediate response. For example, in transaction processing, the processor executes each user program in a short burst or quantum of computation. That is, if n users are present, then each user can get a time quantum. When the user submits the command, the response time is in few seconds at most.

The operating system uses CPU scheduling and multiprogramming to provide each user with a small portion of a time. Computer systems that were designed primarily as batch systems have been modified to time-sharing systems.

Each of the processes passes through the following three states during processing:

Following are the advantages and disadvantages of the Time-Sharing Operating System:

An example of time-sharing can be as the following scenario: while we are using our smartphone we can listen to songs, search something, view pictures, and various notifications appear side by side. All this is enabled by a time-sharing operating system only. OS does the switching between these tasks time and again so that they all are executed continuously.

These types of the operating system is a recent advancement in the world of computer technology and are being widely accepted all over the world and, that too, with a great pace. Various autonomous interconnected computers communicate with each other using a shared communication network. Independent systems possess their own memory unit and CPU.

These are referred to as loosely coupled systems or distributed systems. These system’s processors differ in size and function. The major benefit of working with these types of the operating system is that it is always possible that one user can access the files or software which are not actually present on his system but some other system connected within this network i.e., remote access is enabled within the devices connected in that network.

Following are the advantages and disadvantages of the Distributed Operating System:

Some of the applications using Distributed Operating Systems are

There are many cases in which the use of a single computer would be possible in principle, but the use of a distributed system is beneficial for practical reasons. For example, it may be more cost-efficient to obtain the desired level of performance by using a cluster of several low-end computers, in comparison with a single high-end computer.

Network Operating System is a computer operating system that facilitates connecting and communicate various autonomous computers over a network. An Autonomous computer is an independent computer that has its own local memory, hardware, and O.S. It is self capable to perform operations and processing for a single user. They can either run the same or different O.S.

The Network Operating System mainly runs on a powerful computer, that runs the server program. It facilitates the security and capability of managing the data, user, group, application, and other network functionalities. The main advantage of using a network operating system is that it facilitates the sharing of resources and memory amongst the autonomous computers in the network.

It can also facilitate the client computers to access the shared memory and resources administered by the Server computer. In other words, the Network Operating System is mainly designed to allow multiple users to share files and resources over the network.

It facilitates one workstation to connect and communicate with another workstation in a secure manner. For providing security, it has authentication and access control functionality. The network operating system implements a lot of protocols over the network, which provides a proper implementation of the network functionalities. One drawback of the Network Operating System is its tightly coupled nature in the network.

In a Real-Time Operating System, processing time requirement are calculated in tenths of seconds increments of time. It is time-bound system that can be defined as fixed time constraints. In this type of system, processing must be done inside the specified constraints. Otherwise, the system will fail.

The Scheduler: This component of Real-Time Operating System tells that in which order, the tasks can be executed which is generally based on the priority.

Symmetric Multiprocessing (SMP): It is a number of multiple different tasks that can be handled by the Real-Time Operating System so that parallel processing can be done.

Function Library: It is an important element of Real-Time Operating System that acts as an interface that helps you to connect kernel and application code. This application allows you to send the requests to the Kernel using a function library so that the application can give the desired results.

Memory Management: this element is needed in the system to allocate memory to every program, which is the most important element of the Real-Time Operating System.

Fast dispatch latency: It is an interval between the termination of the task that can be identified by the OS and the actual time taken by the thread, which is in the ready queue, that has started processing.

User-defined data objects and classes: Real-Time Operating System makes use of programming languages like C or C++, which should be organized according to their operation.

Some of the applications using Real-Time Operating System are:

This post is also available in: हिन्दी (Hindi) العربية (Arabic) Understanding and END_OF_DOCUMENT_TOKEN_TO_BE_REPLACED

This post is also available in: हिन्दी (Hindi) العربية (Arabic) Electricity is END_OF_DOCUMENT_TOKEN_TO_BE_REPLACED