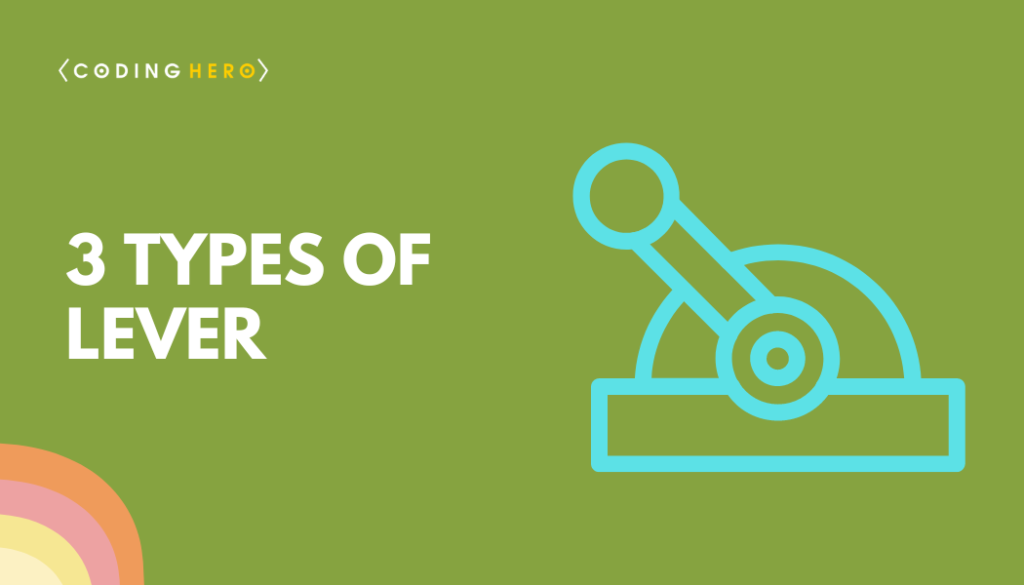 In the olden days, people work hard to achieve a simple task. As time passed by, they learned to construct specific machines with low moving parts to accomplish their required task. These machines are known as simple machines.

What is a Simple Machine?

A mechanical device that changes its motion or position or magnitude by the moment of few parts or no parts to achieve the required task is known as a simple machine. There are six types of simple machines and a lever is one of them.

What is a Lever?

Levers are machines used to increase force. We call them “simple machines” because they have only two parts — the handle and the fulcrum. The handle or bar of the lever is called the “arm” — it’s the part that you push or pull on. The “fulcrum” is the point on which the lever turns or balances.

Load: A resistive force that is to be overcome by a machine. Its S.I. unit is Newton.

Effort: It is an external force applied to a simple machine to overcome a load. Its SI unit is Newton.

Fulcrum (Pivot): The point on which something turns or is supported.

Mechanical Advantage: The ratio of load (L) to Effort (E).

How Does a Lever Increase The Force?

The lever converts the little force of your hand at one end to a large force at the other end; large enough to do a big job. But it does this at the cost of a larger distance. You must therefore push on one end of the lever for a longer time than you would have to without the lever.

All simple machines – levers, pulleys, ramps, screws, gears, etc – operate on this same principle. They increase efficiency by allowing a high-force/small-distance job to be accomplished by humans who operate best in low-force/large-distance mode. But the total work and total energy expended for a given job is always the same, no matter what machine you use.

The fulcrum is located between effort and resistance. The effort is applied on one side of the fulcrum while the load is placed on the other. A lead, a crowbar, or a pair of scissors, for example. The mechanical benefit might be less or more than one.

Examples of first class levers are our hand pushing an item, a wheel, and an axle, or pulling a nail out of a wooden board.

In the second-class lever, the length of the effort arm extends to the fulcrum and always surpasses the size of the load arm.

We use levers in our daily life. Following are some of the common examples of levers.

Hammer claws are common levers that help you remove embedded nails in wood or other hard surfaces. Hammer claws are first-class levers because the fulcrum is at the base of the hammerhead, and you use effort, also known as force, to lift the handle and pry materials with the metal-claw end.

A first-class lever is similar to a traditional see-saw because the applied force at one end raises the other end, thanks to the fulcrum creating a pivot point in the middle.

Wheelbarrows are helpful everyday tools because they allow you to transport loads that are too bulky or heavy to carry with your arms. A wheelbarrow is a second-class lever because the front wheel serves as the fulcrum. The weight-bearing load rests in the center of the wheelbarrow, and you use human force to lift the handles on the other end to roll the wheelbarrow where you want it to go.

A bottle opener is a second-class lever because the pivot point is at one end of the opener and the load is in the middle. In this case, the load is the bottle itself, or specifically the secured bottle cap on the bottle, and the handle provides a way to lift and remove the cap from its tightly secured position. Because applied force is sometimes greater than the strength of the metal cap, the cap might crease or bend in half.

Tweezers and tongs are examples of levers that make it easy to lift or remove items, even though the items aren’t heavy. Tweezers and tongs are third-class levers because the fulcrum is at one end and the load is at the other. You must use human effort in the center of the lever to pinch the tweezers or tongs to grasp and lift or remove materials.

Scissors and shears are first-class levers, even though the fulcrum is slightly off-center. The centralized fulcrum still serves as the pivot point that allows you to raise and lower the dual bars at one end with the handles on the other end. Scissors are an example of a lever that uses force to cut or separate materials.

What is a lever simple definition?

What is a lever and its function?

What are the main parts of a lever?

The world of levers can be confusing for many people. With so many different types to choose from, it can be hard to know which one to buy for your particular job. We hope that this article has been helpful in clearing up some of the confusion!