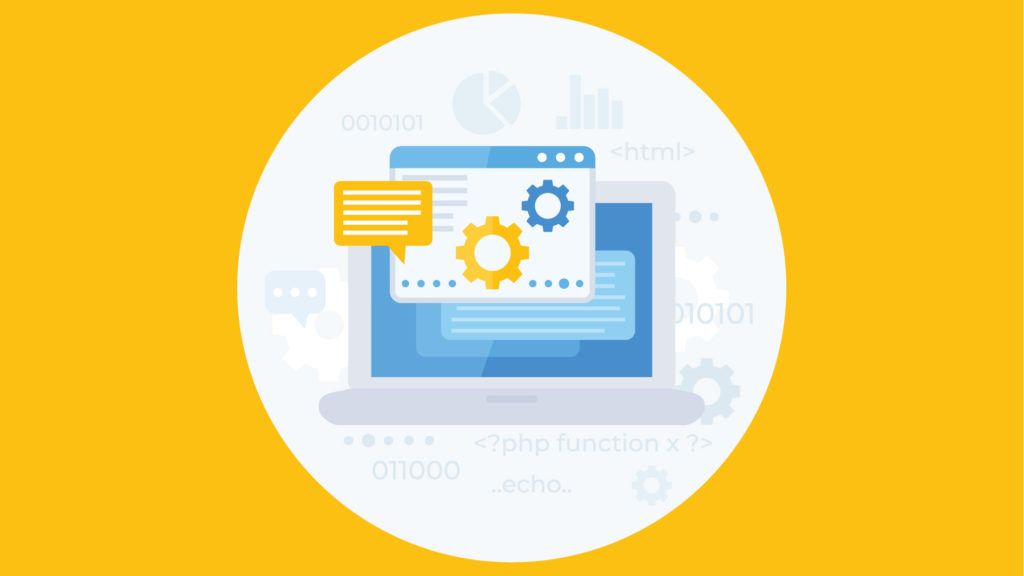 What is meant by the Programming Paradigm?

In the programming world, you might have come across the term “Programming Paradigm”. Do you know what the meaning of this term is?

The term Programming Paradigm refers to a style of programming. By style, it doesn’t mean the choice of a specific language, but rather it refers to the way you program.

There are 2 basic types of programming paradigms followed by the programmers while writing their programs. These are as follows:

Imperare is a Latin word that means command. Imperative programming is the oldest programming paradigm. A program based on this paradigm is made up of a clearly-defined sequence of instructions to a computer.

In imperative programming languages, the source code is a series of commands, which specify what the computer has to do and when – to achieve the desired result. The values of the variables used in a program are changed during runtime. To control the commands, control structures such as loops and/or branches are integrated into the code.

The imperative style is one of the oldest programming paradigms. It bears a close relation to machine architecture which is based on Von Neumann architecture. It works by changing the program state through assignment statements. It performs step by step tasks by changing state. The main focus is on how to achieve the goal. The paradigm consists of several statements and after the execution of all the statements, the result is stored in a variable(s).

Some of the best-known imperative programming languages are

This paradigm emphasizes procedure in terms of the underlying machine model. There is no difference between procedural and imperative approaches. It can reuse the code and it was a boon at that time when it was in use because of its reusability.

Procedural Programming may be the first programming paradigm that a new developer will learn. Fundamentally, the procedural code is the one that directly instructs a device on how to finish a task in logical steps. This paradigm uses a linear top-down approach and treats data and procedures as two different entities. Based on the concept of a procedure call, Procedural Programming divides the program into procedures, which are also known as routines or functions, simply containing a series of steps to be carried out.

Simply put, Procedural Programming involves writing down a list of instructions to tell the computer what it should do step-by-step to finish the task at hand.

The key features of procedural programming are given below:

Advantages and Disadvantages of Procedural Programming

Procedural Programming comes with its own set of pros and cons, some of which are mentioned below.

There are different types of programming paradigm as we mentioned before, which are nothing but a style of programming. It is important to understand that the paradigm does not cater to a specific language but to the way the program is written. Below is a comparison between Procedural Programming and Object-Oriented Programming.

Object-oriented programming (OOP) is a programming paradigm based upon objects (having both data and methods) that aims to incorporate the advantages of modularity and reusability. Objects, which are usually instances of classes, are used to interact with one another to design applications and computer programs.

The important features of object-oriented programming are −

Object-Oriented Programming comes with its own set of pros and cons, some of which are mentioned below.

This type of computing is also known as parallel processing. The primary objective of parallel computing is to increase the available computation power for faster application processing or task resolution.

Parallel computing infrastructure is standing within a single facility where many processors are installed in one or separate servers that are connected.

It is generally implemented in operational environments/scenarios that require massive computation or processing power.

Following are the advantages and disadvantages of the parallel processing paradigm.

In computer science, declarative programming is a programming paradigm – a style of building the structure and elements of computer programs – that expresses the logic of a computation without describing its control flow.

Many languages that apply this style attempt to minimize or eliminate side effects by describing what the program must accomplish in terms of the problem domain, rather than describe how to accomplish it as a sequence of the programming language primitives. (the how is left up to the language’s implementation). This is in contrast with imperative programming, which implements algorithms in explicit steps.

The best-known declarative programming languages are:

Following are the advantages and disadvantages of the Declarative Programming languages:

It can be termed as an abstract model of computation. It would solve logical problems like puzzles, series, etc. In logic programming we have a knowledge base that we know before and along with the question and knowledge base which is given to the machine, it produces results. In normal programming languages, such a concept of the knowledge base is not available but while using the concept of artificial intelligence, machine learning we have some models like the Perception model which is using the same mechanism.

In logical programming, the main emphasis is on a knowledge base and the problem. The execution of the program is very much like proof of the mathematical statement, e.g., Prolog.

Logic programming has its number of advantages and disadvantages, and here are some of them:

• It enables knowledge to be separated from use, ie the machine architecture can be changed

without changing programs or their underlying code.

• It can be altered and extended in natural ways to support special forms of knowledge, such

as meta-level of higher-order knowledge.

• Initially, due to insufficient investment in complementary technologies, users were poorly

• In the beginning, poor facilities for supporting arithmetic, types, etc. had a discouraging

effect on the programming community.

mechanisms of state variables (as is usually found in conventional languages).

• Some programmers always have, and always will prefer the overtly operational nature of machine-operated programs, since they prefer active control over the ‘moving parts’.

The functional programming paradigm has its roots in mathematics and it is language independent. The key principle of this paradigm is the execution of a series of mathematical functions. The central model for the abstraction is the function that is meant for some specific computation and not the data structure. Data is loosely coupled to functions. The function hides their implementation. A function can be replaced with its values without changing the meaning of the program. Some of the languages like Perl, JavaScript mostly use this paradigm.

Following are the advantages and disadvantages of Functional Programming languages:

This programming methodology is based on data and its movement. Program statements are defined by data rather than hard-coding a series of steps. A database program is the heart of a business information system and provides file creation, data entry, update, query, and reporting functions. Several programming languages are developed mostly for a database application. For example SQL. It is applied to streams of structured data, for filtering, transforming, aggregating (such as computing statistics), or calling other programs. So it has its wide application.

Advantages and disadvantages of Database Processing languages are listed below:

But what does that mean? Imperative programming languages are composed of step-by-step instructions (how) for the computer. They describe explicitly which steps are to be performed in what order to obtain the desired solution at the end. By contrast, in declarative programming, the desired result (what) is described directly. This becomes clearer when using a cooking analogy for illustration: imperative languages provide recipes; declarative languages contribute photos of the finished meal.

In declarative languages, the source code remains very abstract in terms of the specific procedure. To get to the solution, an algorithm is used which automatically identifies and applies appropriate methods. This approach has numerous advantages: Programs can be written much more quickly, and applications are also very easy to optimize. If a new method is developed in the future, the abstract instructions in the source code mean that the algorithm can easily utilize the newer method.