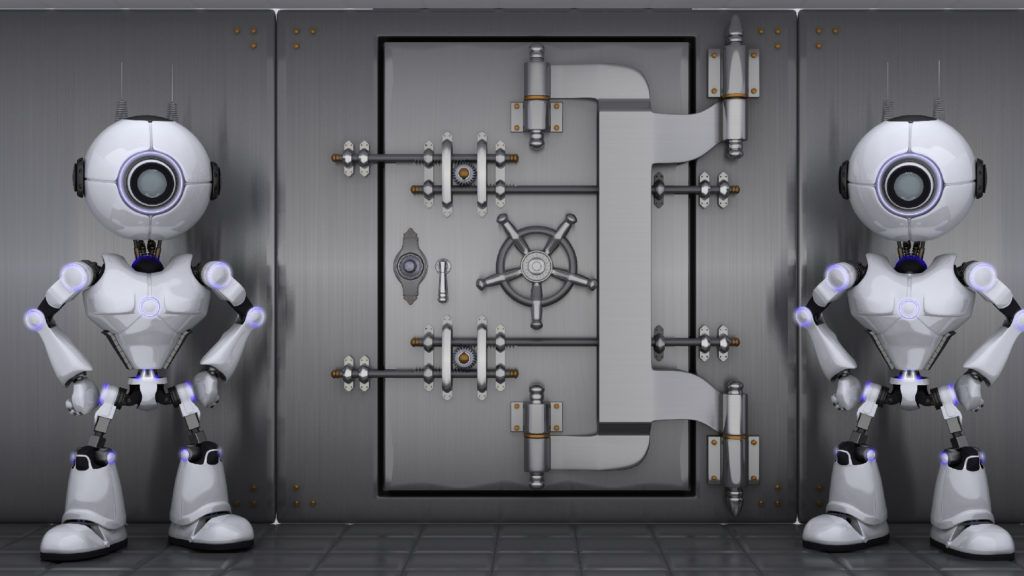 If a machine can learn to do something, then it can be considered to have some level of AI. This article will attempt to explain the two AI basic concepts to kids in a fun and accessible way.

What is Artificial Intelligence?

Artificial intelligence (AI) is a wide-ranging branch of computer science concerned with building smart machines capable of performing tasks that typically require intelligence possessed by humans. The evolution of AI started with the development of machines that can

The first two ideas concern thought processes and reasoning, while the other two deal with behaviour.

AI is an interdisciplinary science with multiple approaches but advancements in machine learning, and deep learning is creating a paradigm shift in virtually every sector of the tech industry. The online AI courses help kids to excel in the area of artificial intelligence and machine learning. In this post, you will discover these 2 AI basic concepts.

Machine Learning (ML) is a science of designing and applying algorithms that are capable of learning things from past cases. If some behaviour exists in the past, then you may predict it in the future, but if there are no past cases then you cannot predict.

ML uses complex algorithms that constantly iterate over large data sets, analyzing the patterns in data and facilitating machines to respond to different situations for which they have not been explicitly programmed. The machines learn from history to produce reliable results.

ML systems are made up of three major parts, which are

There are 3 major areas of ML:

Supervised learning has the presence of a supervisor as a teacher. The term supervised learning is used when we teach or train the machine using data that is well labeled. It means some data is already tagged with the correct answer. After that, the machine is provided with a new set of examples (data) so that the supervised learning algorithm analyses the training data (set of training examples) and produces a correct outcome from labeled data.

To understand this let’s consider an example of training a machine to recognize fruits. To do so, it is provided with all different fruits one by like this:

Now after training, a machine is provided with new separate fruit, say Banana, and asked to identify it. Since the machine has already learned the things from the previous data and this time has to use it wisely. It will first classify the fruit with its shape and colour and would confirm the fruit name as Banana. Thus the machine learns things from training data (basket containing fruits) and then applies the knowledge to test data (new fruit).

Unsupervised learning is the training of a machine using information that is neither classified nor labeled and allowing the algorithm to act on that information without guidance. Here the task of the machine is to group unsorted information according to similarities, patterns, and differences without any prior training of data.

For example, a machine is given an image having both dogs and cats which it has never seen before. Thus the machine has no idea about the features of dogs and cats so it can’t categorize it as ‘dogs’ and ‘cats’. But it can categorize them according to their similarities, patterns, and differences and can easily categorize the given picture in two parts. The first contains all pictures having dogs and the second part contains all pictures having cats. It allows the model to work on its own to discover patterns and information that was previously undetected.

Reinforcement Learning is a type of machine learning technique that enables an agent to learn in an interactive environment by trial and error using feedback from its actions and experiences.

Let’s consider an example of a problem where we have an agent and a reward, with many hurdles in between. The agent is supposed to find the best possible path to reach the reward.

Consider the above image showing the dog, bone, and maze. The goal of the dog is to get the reward that is bone and come out of the hurdles that is maze. The dog learns by trying all the possible paths and then choosing the path which rewards it with the least hurdles.

Deep learning is an ML technique that teaches computers to do what comes naturally to humans – learn by example. Deep learning is a key technology behind driverless cars, enabling them to recognize a stop sign or to distinguish a pedestrian from a lamppost.

In deep learning, a computer model learns to perform classification tasks directly from images, text, or sound. Models are trained by using a large set of labeled data and neural network architectures that contain many layers.

Deep learning models are trained by using large sets of labeled data and neural network architectures that learn features directly from the data without the need for manual feature extraction.

2. What are Neural Networks?

Here’s something that might surprise you: neural networks aren’t that complicated! The term “neural network” gets used as a buzzword a lot, but they’re often much simpler than people imagine.

You might be aware of biological neurons. Most living creatures, which have the ability to adapt to a changing environment, need a controlling unit which is able to learn. Higher developed animals and humans use very complex networks of highly specialized neurons to perform this task.

The control unit – or brain – can be divided into different anatomic and functional sub-units, each having certain tasks like vision, hearing, motor and sensor control. The brain is connected by nerves to the sensors and actors in the rest of the body.

The brain consists of a very large number of neurons, about 1011 in average. These can be seen as the basic building bricks for the central nervous system (CNS). The neurons are interconnected at points called synapses. The complexity of the brain is due to the massive number of highly interconnected simple units working in parallel, with an individual neuron receiving input from up to 10000 others.

The neuron contains all structures of an animal cell. The complexity of the structure and of the processes in a simple cell is enormous. Even the most sophisticated neuron models in artificial neural networks seem comparatively toy-like.

Structurally the neuron can be divided in three major parts: the cell body (soma), the dendrites, and the axon.

The cell body contains the organelles of the neuron and also the `dendrites’ are originating there. These are thin and widely branching fibers, reaching out in different directions to make connections to a larger number of cells within the cluster.

Input connections are made from the axons of other cells to the dendrites or directly to the body of the cell. These are known as axodendritic and axosomatic synapses.

There is only one axon per neuron. It is a single and long fiber, which transports the output signal of the cell as electrical impulses (action potential) along its length. The end of the axon may divide in many branches, which are then connected to other cells. The branches have the function to fan out the signal to many other inputs.

There are many different types of neuron cells found in the nervous system. The differences are due to their location and function.

The neurons perform basically the following function: all the inputs to the cell, which may vary by the strength of the connection or the frequency of the incoming signal, are summed up. The input sum is processed by a threshold function and produces an output signal. The processing time of about 1ms per cycle and transmission speed of the neurons of about 0.6 to 120 {ms} are comparingly slow to a modern computer.

For example a human can recognize the picture of another person in about 100 ms. Given the processing time of 1 ms for an individual neuron this implies that a certain number of neurons, but less than 100, are involved in serial; whereas the complexity of the task is evidence for a parallel processing, because a difficult recognition task can not be performed by such a small number of neurons. This phenomenon is known as the 100-step-rule.

Biological neural systems usually have a very high fault tolerance. Experiments with people with brain injuries have shown that damage of neurons up to a certain level does not necessarily influence the performance of the system, though tasks such as writing or speaking may have to be learned again. This can be regarded as re-training the network.

Artificial intelligence is a broad and complex topic. It’s important to understand the two basic concepts, namely: Artificial Intelligence and Neural Networks which is why we break it down into simpler and smaller pieces to make it easy to understand.

Table of Contents Best Sci Fi Movies for Kids1. Aliens in the END_OF_DOCUMENT_TOKEN_TO_BE_REPLACED