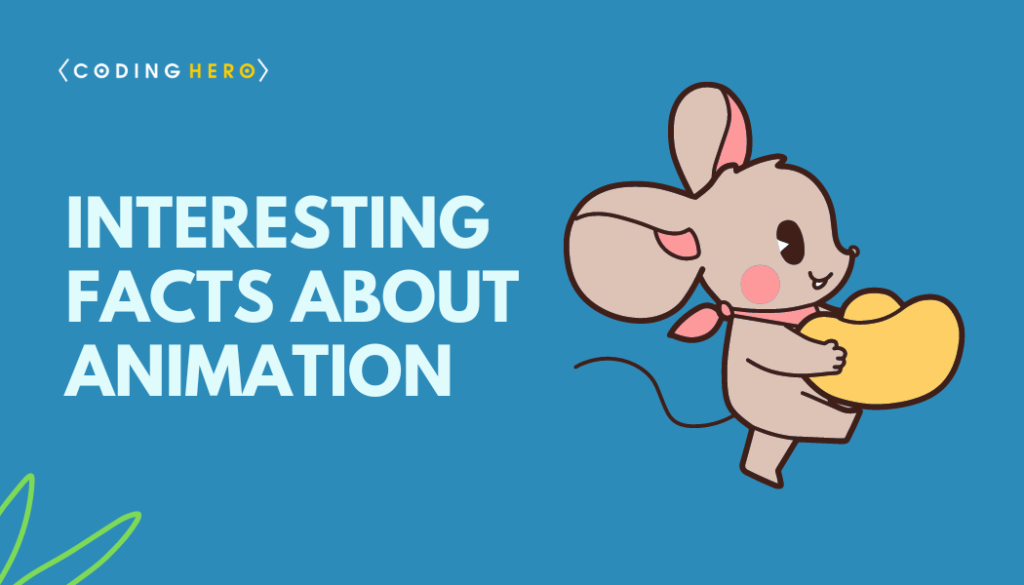 Animation is a method in which figures are manipulated to appear as moving images. In traditional animation, images are drawn or painted by hand on transparent celluloid sheets to be photographed and exhibited on film. Today, most animations are made with computer-generated imagery (CGI) and there are many animation facts most of us are unaware of. Computer animation can be very detailed 3D animation, while 2D computer animation (which may have the look of traditional animation) can be used for stylistic reasons, low bandwidth, or faster real-time renderings. Kids can start learning the basics of animations through online coding classes for kids.

There are many interesting animation facts. Here are some fun facts about animation.

1. Interesting Facts About Animation – The Lamp from a Pixar Opening Has a Name

The first in our list of 10 facts about animation is about the lamp that appears at the beginning of every Pixar movie. Pixar Animation Studios, commonly known as just Pixar, is an American computer animation studio known for its critically and commercially successful computer-animated feature films. It is based in Emeryville, California, and is a subsidiary of Walt Disney Studios owned by The Walt Disney Company. The movies produced by Pixar use a lamp moving and hopping over the letters of PIXAR as their mascot.

Do you know that this lamp has a name?

It’s called Luxo Junior. This is also the title of the short animated film released in 1986, where Luxo Junior is the main character playing around with a ball.

Luxo Sr, a big illuminated desk lamp, sees a yellow ball roll up to him and pushes it away. When it comes back to him, he realizes that Luxo Jr, his son, wants to use it to play with him.

2. Fun Facts About Animation – Mickey Mouse Has a Rival

The next is one of the fun facts about animation and it is about the famous Mickey mouse. Mortimer Mouse is an anthropomorphic mouse and Mickey Mouse’s longtime rival. Portrayed as an arrogant, lecherous, yet charismatic shyster, Mortimer made his animated debut in a 1936 short, Mickey’s Rival, in which he vied for Minnie Mouse’s affections against a jealous Mickey.

With a tall, slim physique and overbearing personality, Mortimer is the polar opposite of the stout and earnest Mickey. Mortimer’s whiskers, elongated snout, and prominent front teeth made him out to be more of a rat than a mouse, in contrast to his name. Though Mickey’s Rival was his only appearance in the theatrical shorts, Mortimer was reinvigorated in the early 2000s with prominent roles in Mickey Mouse Works and House of Mouse, in which he coined his catchphrase, “Ha-cha-cha!”.

Next in our list of interesting facts about animation are the psychological conditions exhibited by humans.

Peter Pan is the boy who won’t grow up. Does that accurately describe a person in your life? If so, they may have Peter Pan Syndrome. It’s not a syndrome officially recognized by the World Health Organization, but some studies have shown that it does exist. It’s characterized by emotional immaturity and an unwillingness to take on responsibilities. It is more common in men than in women (who can suffer from “Wendy Syndrome,” i.e., acting like mothers to their partners and others).

Sleeping Beauty is the story of a 16-year-old girl who pricks her finger on a spinning wheel and falls into a deep sleep, only to be woken by a prince’s kiss years later. Real-life Sleeping Beauties might suffer from Klene-Levin Syndrome, a rare neurological disorder characterized by periods of excessive sleep and altered behavior. During an episode, the patient becomes very drowsy and sleeps for the majority of the day and night. They will only wake up to eat or go to the bathroom. These episodes can last up to months at a time, inhibiting the ability to work or go to school.

“Rapunzel, Rapunzel, let down your hair!” Just don’t eat it. Rapunzel Syndrome is an intestinal condition that results from people eating hair, a disorder known as trichophagia. They swallow so much that, over the course of years, the hair accumulates, resulting in a giant hairball in the stomach or small intestine called a trichobezoar. Occasionally, this mass can wrap around organs and cause perforations. People can’t digest human hair, so the trichobezoar must be removed surgically. Rapunzel Syndrome is very rare, and only about 24 cases have been reported. If you’ve got a weak stomach, I don’t suggest looking up pictures of the hairball.

Bambi, the cute little deer whose mother got shot and killed, is also the namesake of this other not-officially-recognized complex. People affected by the Bambi Complex are very sentimental and sympathetic towards wildlife and wild animals. They usually have very strong feelings against hunting, controlled fires, and any other inhumane treatment of animals, especially cute ones like deer.

All of you know Cinderella. She’s stuck cooking and cleaning for her stepmother and stepsisters while they are off having a ball at … a ball. A person, typically a woman, with Cinderella Complex is very dependent on men for emotional and financial purposes. This complex is also characterized by the desire to be swept off her feet and saved by Prince Charming. This isn’t officially recognized as a psychological disorder—the term was coined in 1981 by Collette Downing, who wrote The Cinderella Complex: Women’s Hidden Fear of Independence—but can help some women to understand why they feel the way they do.

4. Why Do Cartoon Characters Have Four Fingers and Not Five?

Before computers, artists drew cartoons by hand. Cartoon characters are always simplified versions of whatever their real-life equivalent is, and 4 fingers are enough that their hand doesn’t look strange when being used (holding a glass, driving, etc.) but saves lots of time in animating, etc. 3 fingers or 2 fingers tends to look unusual. Now it has become a tradition or a convention.

“Using five fingers would have made Mickey’s hands look like a bunch of bananas.”

In 1997, over 700 Japanese children required medical aid after watching the animated film based on the Pocket Monsters game for Nintendo. They had cramps, and experts attributed the effect to the 5-second light twinkle in the eyes of Pikachu after the explosion scene.

6. Ariel From the Little Mermaid Had a Real-Life Counterpart

Ariel and Prince Eric had real-life counterparts or “animated reference models” who were given storyboards of the sequences they were about to do as well as the audio tracks of the pre-recorded voices for those sequences.

7. There is a Model that Simulates Animation Before Your Eyes

Animation isn’t just limited to the screen or the page, you can actually reach out and grab it with one of these specially designed zoetropes.

A Zoetrope is basically a rotating series of models which are incrementally different and arranged in a ring which is then rotated and flashed by a strobe light. Each model represents a ‘frame’ of animation and the flashing strobe allows you to see the sequence come to life before your eyes. Take a look at these awesome zoetropes from Studio Ghibli and Pixar:

8. Lady and The Tramp was Inspired by a Real Dog Named Lady

In 1937, Disney writer Joe Grant showed Walt Disney some sketches he had done of his Springer Spaniel, Lady. Walt was impressed and encouraged Joe to create a full storyboard. Like her fictional counterpart, the real-life Lady was learning how to deal with her owner’s new baby, which served as the main inspiration for Grant’s plot. In the end, Walt wasn’t thrilled with the storyline, and the idea was scrapped. Several years later, Disney came across a story by Ward Greene in Cosmopolitan titled “Happy Dan, the Whistling Dog”. He believed that the two ideas could be combined into one to create a stronger story, and asked Greene to come up with one.

The next in the list of animation facts is about Popeye. Popeye was created during the Great Depression to encourage people to eat spinach because of its high iron content many people could not afford meat at that time.

10. Animators of “How to Train Your Dragon” Had to Attend Flight School During Production!

Dreamworks animation went a step further to make the dragons seem as real as possible. To fly in the sky you need more than just wings. So, all the animators working on this project were sent to a legitimate “flight school” during the film’s production. The program was created for them to learn flight physics and the movements of different creatures for realism. It was a genuine program and all the members even got a diploma.

Animation is a method of photographing successive drawings, models, or even puppets, to create an illusion of movement in a sequence.

What are the uses of animation?

Animation is used in many areas like Advertisement and Marketing, Gaming, Education, Architecture and Engineering, Augmented Reality and Virtual Reality, Entertainment, and Media.

Who is the father of animation? 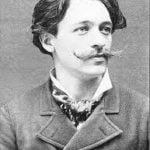 French cartoonist and animator Émile Cohl is often referred to as “the father of the animated cartoon.”

So, these were the 10 facts about animation. Animations have been around for more than a century now. They were created to invoke emotions and entertain the audience with a more effective medium of storytelling.

Table of Contents Best Sci Fi Movies for Kids1. Aliens in the END_OF_DOCUMENT_TOKEN_TO_BE_REPLACED

Engage your child in Creative Activities and make them better thinkers & problem solvers! 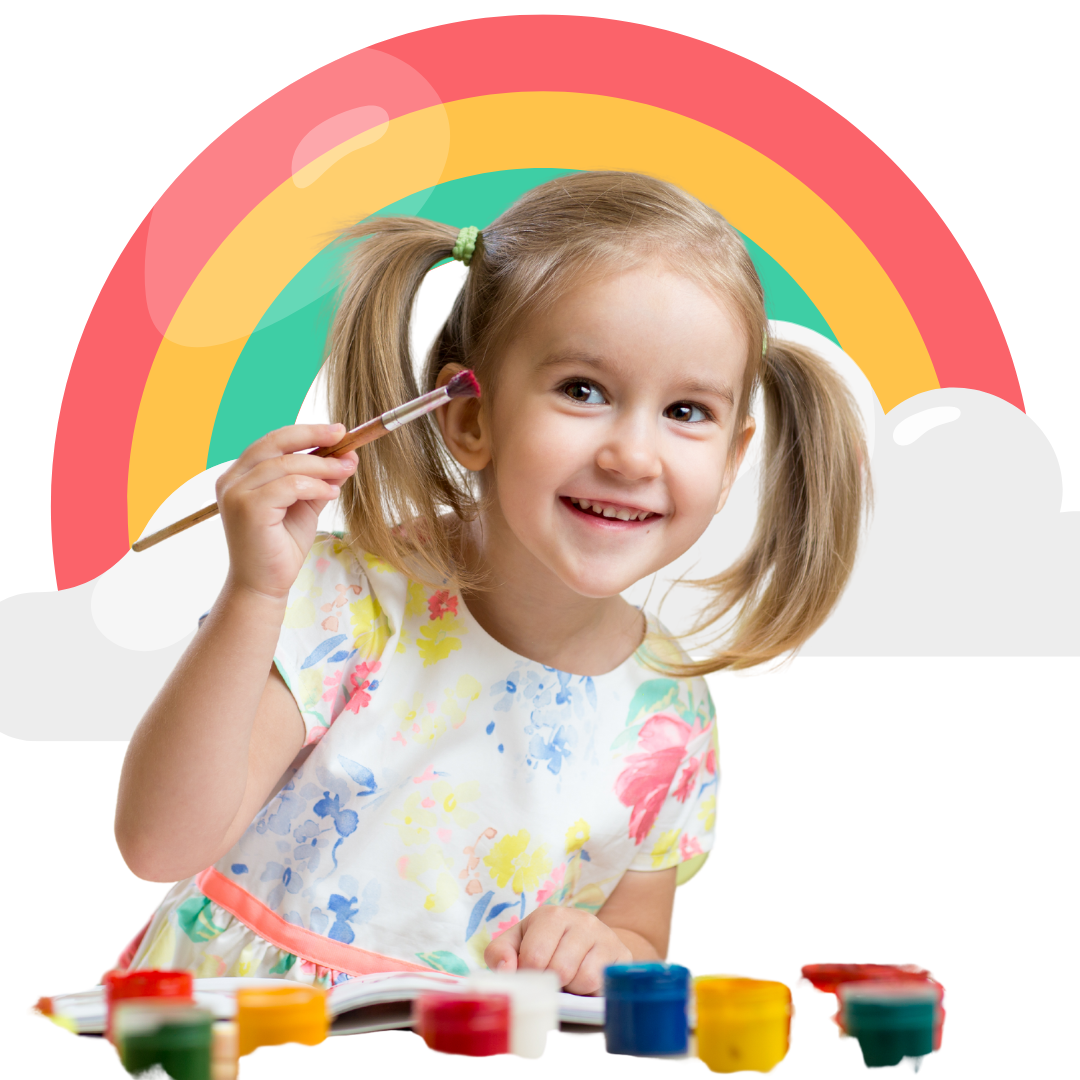